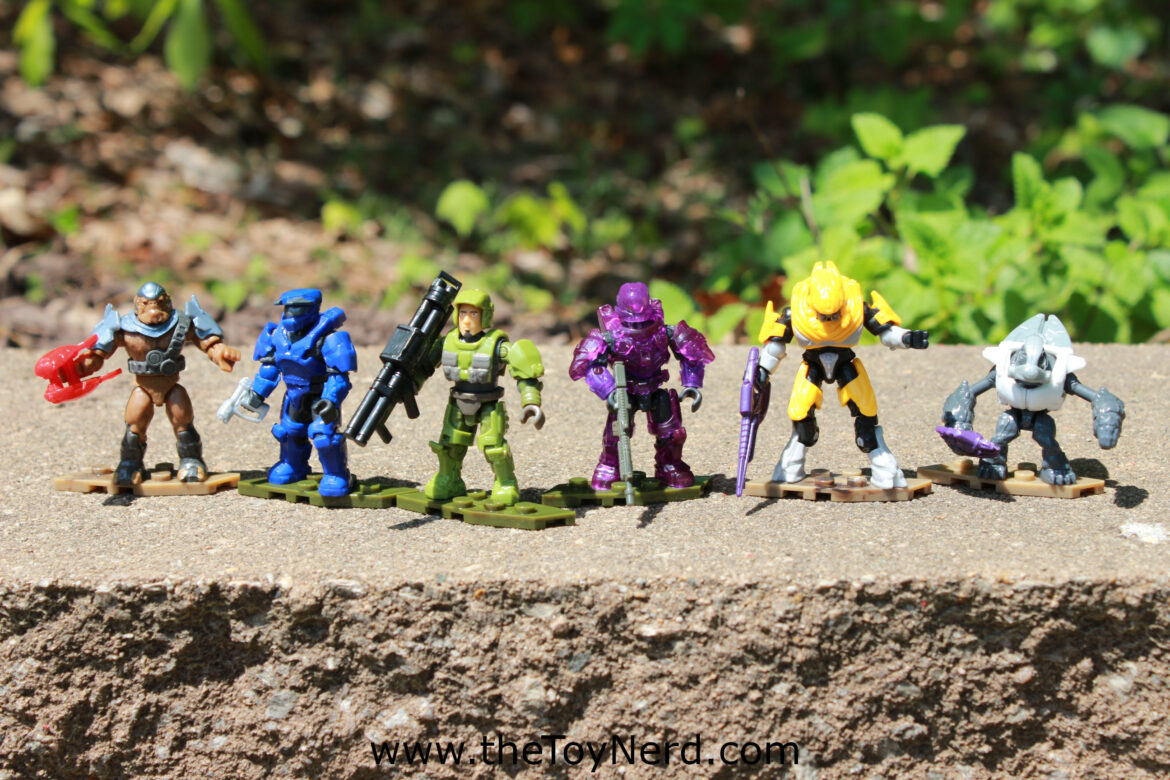 We are super stoked about this so let’s get started.

We spotted a full box of this series that was untouched, so we were able to get all the characters with no issues. This series has 2 RARE characters and 4 COMMON characters.

Here are the characters along with the codes:

This character doesn’t really have anything special. His weapon is pretty standard and so is his armor. One thing worth noting, however, is that the head piece is made out of rubber (instead of plastic). So you can really feel how rubbery the texture is. We are not sure what the reason for that is.

This character is definitely our most favorite character from this series. He comes with an awesome weapon, which looks to be like a rocket/grenade launcher. His helmet is detachable and his face looks really awesome.

Take a look at his weapon:

And look at his face up close:

This character is pretty interesting. He is considered RARE, which usually means there are only 2 or 3 in a full box of 30. His head piece can be removed, which will reveal his real face. His armor can also be removed to reveal more of his body.

If you remove the body armor:

This character somewhat reminds us of Chewbacca from Star Wars…haha. His satchel can be removed and so can his neck accessory and his shoulder armor pieces.

This character comes with a detachable helmet and 1 weapon.

Remove the helmet to reveal his face:

Now, since this series comes with more than 2 characters with detachable head accessory, we thought it would be fun to see who is the best looking of them all?

Let’s take a look at each face closely.

We think the UNSC Marine dude is the winner! What do you guys think? Comment below!