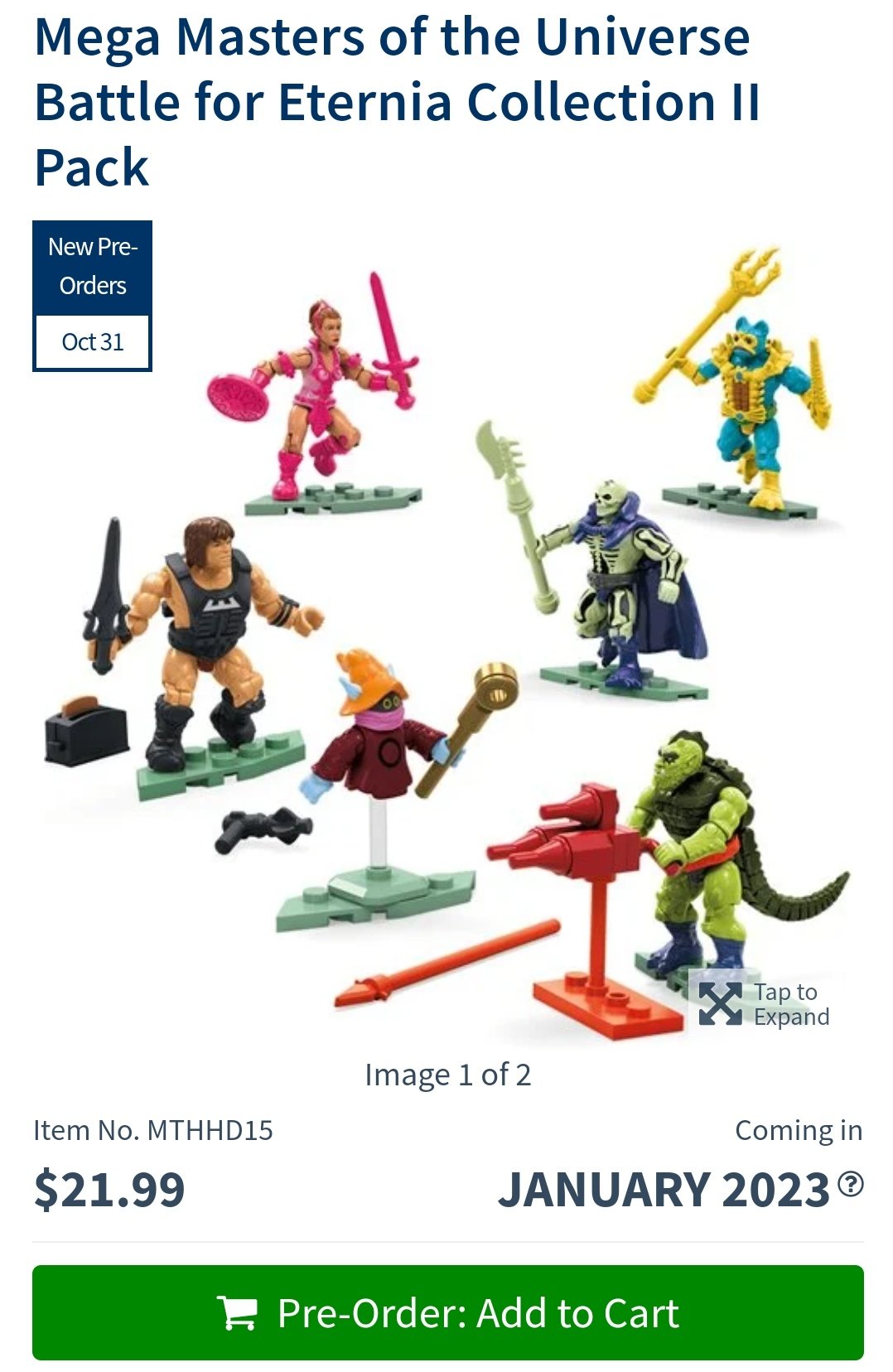 Happy Monday evening (or Tuesday morning if you are on the other side of the world), toyNerds!

Mega has revealed some of the upcoming sets that will be released in 2023, ranging from the Halo line, the Hot Wheels line, all the way to the Pokemon line.

The latest one to join the lineup is the Mega Construx Halo UNSC Wombat Overwatch.

Along with this set, Mega will also release the Halo Heroes Series 17 (which we haven’t been able to find anywhere yet in stores, unfortunately), UNSC Hornet Recon, Decisive Engagement, and Bazaar Battleground. Here is a link to all the details for the sets mentioned above: https://www.thetoynerd.com/2022/11/02/upcoming-mega-construx-halo-sets-january-2023/

For this line, Mega is launching the big set version of ’77 Pontiac Firebird. What’s cool about these Hot Wheels sets is that they include a Hot Wheels car with it!

There are several new 2023 sets that have been showing up at stores slowly but surely. These 3 sets will be a nice addition for sure.

Mega Motion Charizard is the next wave set after Mega Motion Pikachu that was released in 2022.

This lineup is a brand new lineup for 2023. So far we only know of 1 set that will be released from this series.

Masters of the Universe

Last but not least, it’s the MOTU series! Back in mid 2022, Entertainment Earth had a pre-order setup for Battle of Eternia Collection II Pack. However, towards the end of 2022, lo and behold, all pre-orders were cancelled (including ours). It seems like Mega decided not to release this battle pack at all. As you can imagine, all the MOTU fans were disappointed (yes, us included!). We thought we were finally going to get our hand on a Mega Construx Orko figure! Oh well…

Which new set are you most excited about? Hopefully not the MOTU Battle for Eternia Collection II Pack! haha.