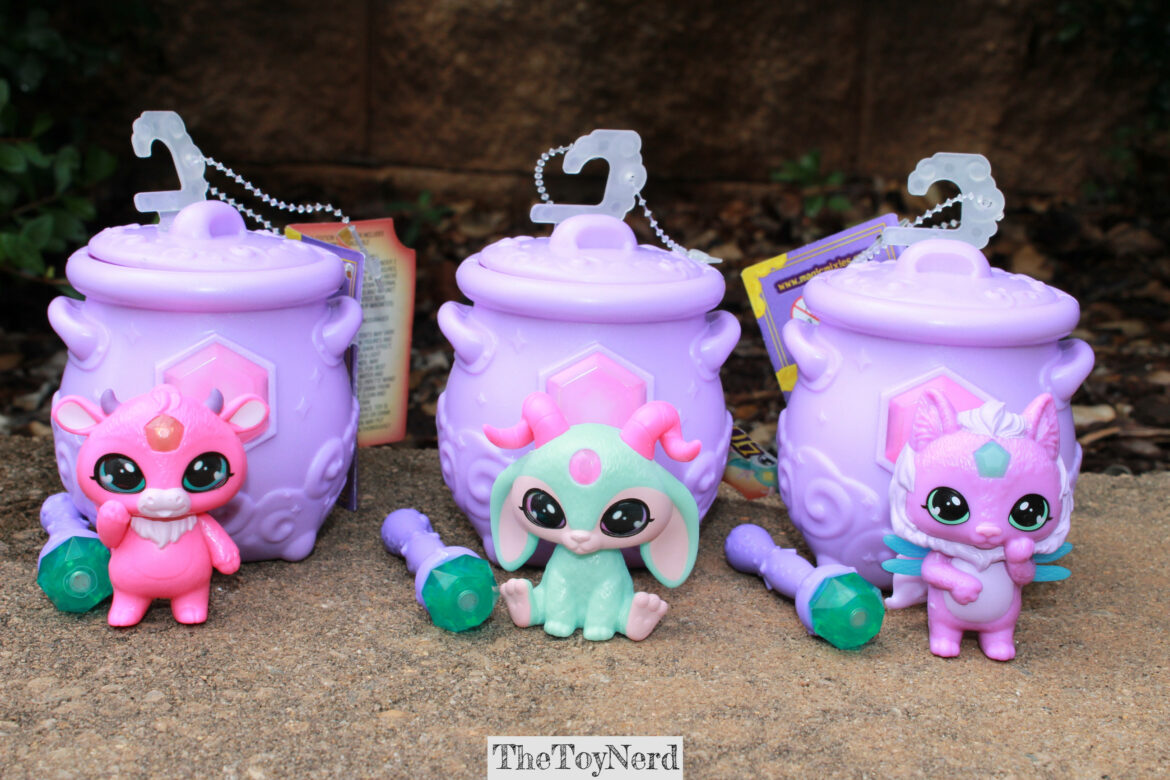 Happy Friday, toyNerds! Today we will be looking at the latest release from Moose Toys from the family of Magic Mixies. If you remember last year’s holiday season, Moose Toys’ Magic Mixies Magical Misting Cauldron was one of the holiday hot toys! They were sold out everywhere and a lot of resellers made a decent return selling their inventory on the secondary markets such as eBay or Mercari.

Anyways, let’s take a look at the Mixlings. What we got was a Collector’s Cauldron 1-Pack. The retail price is $4.97 and it seems to be only available at Walmart.

Let’s dive in to the review!

Each cauldron is marked on the outside, to identify if the character inside the cauldron is Common (a Crescent Moon), Rare (a Star), Ultra Rare (a Diamond), or Limited Edition (a Crown).

From the 3 cauldrons that we got, there were 2 from the Enchanters family and 1 from the Fliers family. We got 1 Rare and 2 Commons.

The way the “magic” works is through the power of magnets. Each wand and the head of each character has a magnet. Once they touch each other, the magnet triggers the mechanism that is unique for each family.

What do you guys think? Will this be the next holiday hot toys of 2022? Comment below!