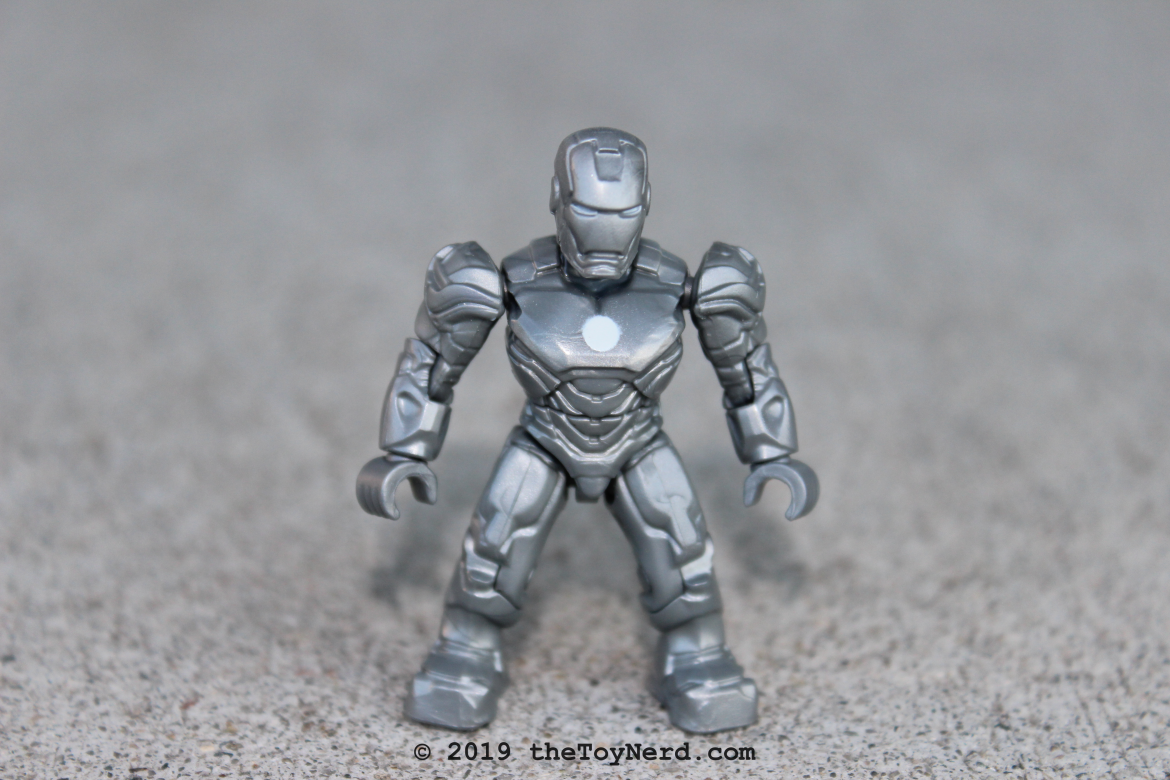 If you are a Marvel superhero fan, you are in luck, because I will be reviewing one of the most important characters of all: Iron Man! 🙂

The Iron Man Mark II minifigure was not available on any other sets or blind bags, therefore it’s considered a rare minifigure.

One of the key strengths that Mega Construx has is that its minifigures have multiple of points of articulation. The arms and legs, even the body, can move with certain degrees of freedom. Also, Mega Construx minifigures look more proportionate and realistic. I would say the weaknesses of Mega Construx are: the plastic material they use is not as high quality as Lego’s and the minifigures can’t interchange parts in a way that makes sense like Lego minifigures can. Also, I am not a fan of how the head piece/accessories can’t be separated from the actual head (helmet and head).

This Iron Man minifigure was from Marvel Mega Bloks Blind Bag Series 1 and was considered common, as there were 3 of them in a full box of 24.

As you probably know, Lego is very well-known for its high quality. As you can see in the pictures, the print job is just excellent on this minifigure. Furthermore, the plastic quality just looks more solid and shiny.

I love the fact that you can open the mask and reveal Tony Stark’s face.

In terms of strengths, Lego definitely has the upper hand with interchangeable parts/accessories (like the Iron Man helmet below), solid/higher quality plastic used, and superb quality print job on the minifigures.

All in all, I love both brands as each has its own uniqueness, strengths and weaknesses. What do you guys think? Which brand do you guys like better? Comment below!