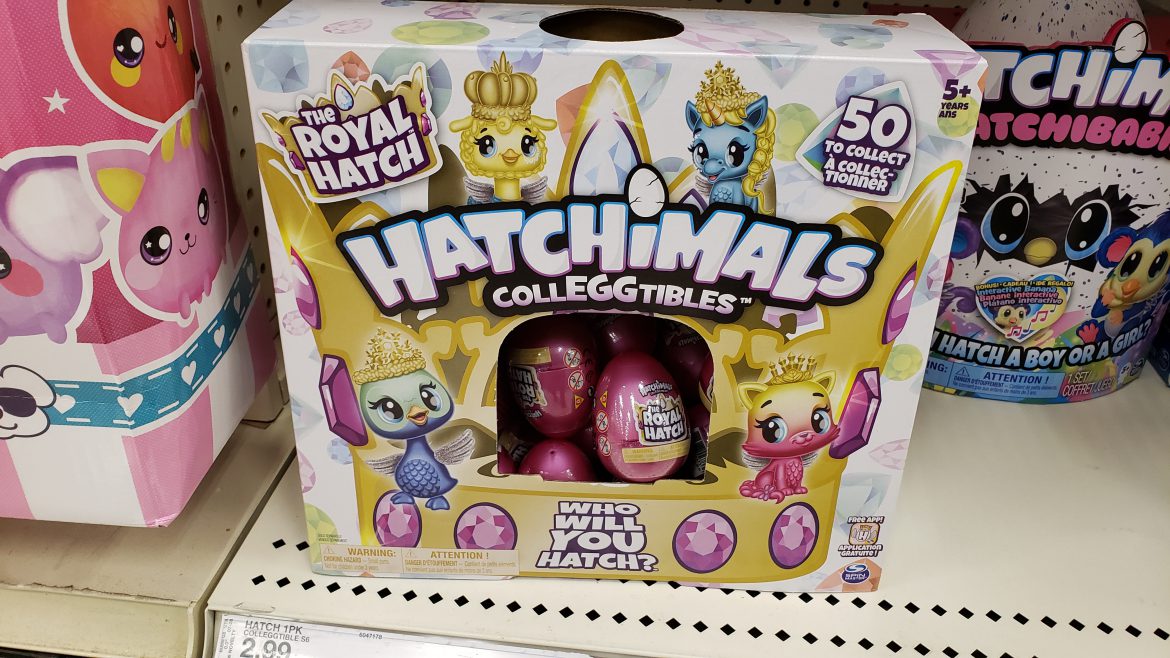 October 1 is approaching fast and some of you Hatchimals fans know that October 1 is known as Hatchimals Day! Spin Master will release a brand new Hatchimals this year, just like they always do every year. I will definitely do a post on that soon!

Spin Master also released a brand new Hatchimals Colleggtibles (the small eggs, instead of the big eggs) this year and it is called the Royal Hatch! There are 50 to collect on this series.

I really like the box for the individual eggs and the egg itself!

The chairs have little nubbin that the Hatchimals can sit on. Pretty clever!

Are you guys excited to start collecting these? I plan to get a few myself!