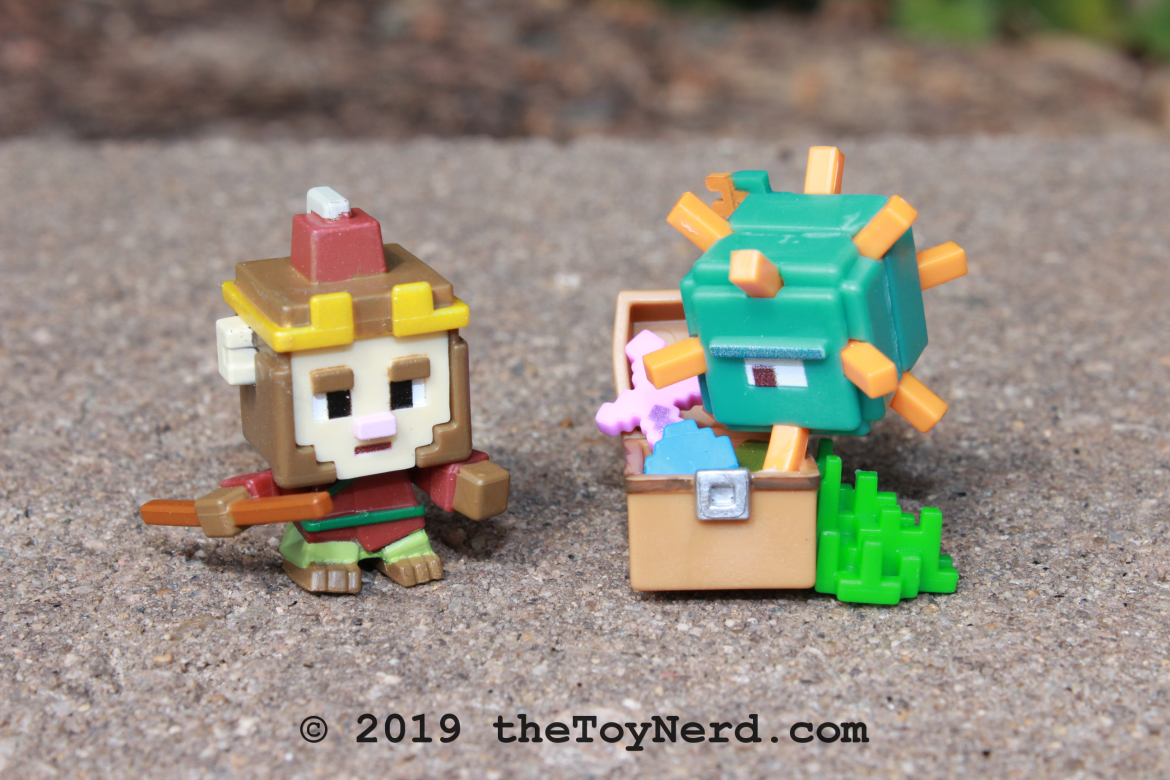 Mojang Minecraft has mini-figures blind bag series that is now up to Series 16.

I never really paid attention to any of them until Series 14 (Chinese Mythology Series) came out. The character that caught my eye was Monkey King. He also happened to be the Chase Figure of the series. Chase Figure (or Ultra Rare) means there is only 1 Monkey King in a full box of 36.

Since I found Monkey King from Series 14, when Series 15 (Aquatic) came out, I was determined to find the Chase Figure from this series too. And I did.

So let’s unbox these 2 boxes! Each box contains 1 mini-figure and 1 checklist.

Let’s start with Monkey King. As usual for Minecraft figures, they all look blocky and that is on purpose. Therefore, Monkey King also looks blocky…

Next, let’s look at Guardian (with Treasure), the chase figure from Minecraft Series 15 – Aquatic Series.

Since we are on Series 16 now, these 2 Chase Figures are becoming quite popular on eBay. Their value has gone up quite a bit because Series 14 and Series 15 are discontinued and because they are also chase figures from each series. Last I checked, Monkey King was worth between $25 – $30 and Guardian with Treasure was worth between $18 and $25.

Hopefully you can still find them out in the wild where you are!