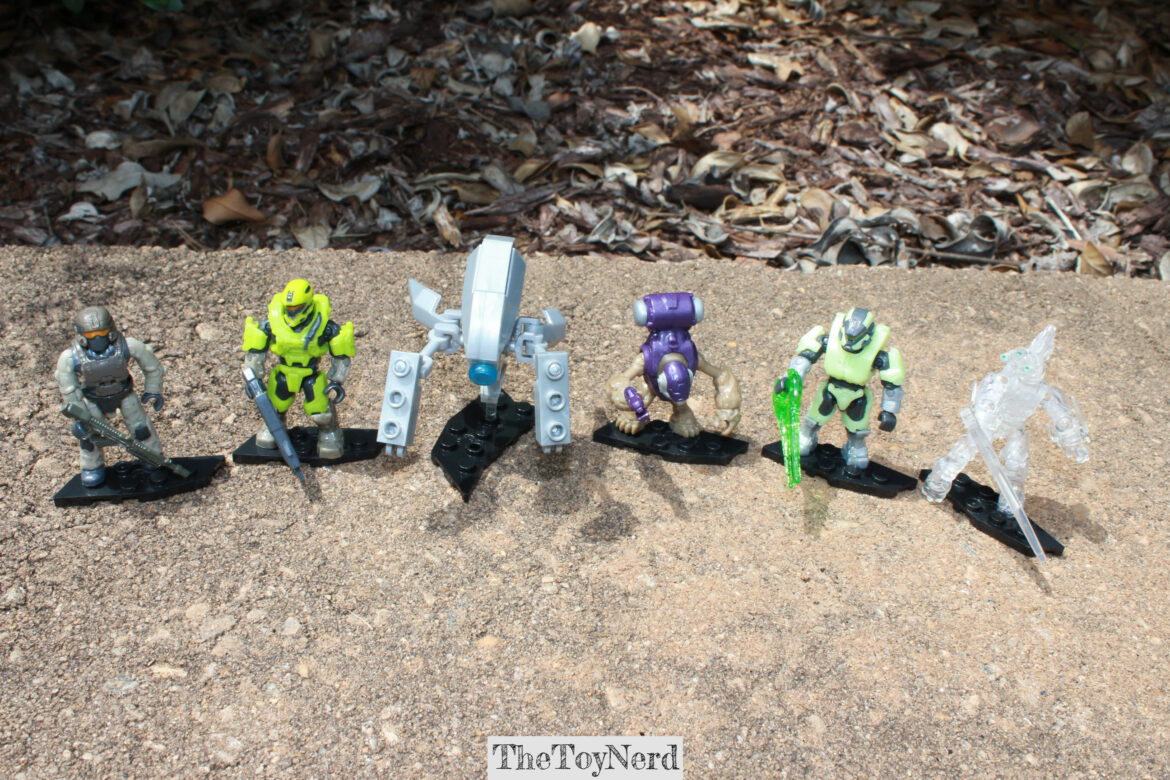 Howdy, toyNerds! There is a new blind bag series in town! That’s right, we got our hands on the latest series from Mega Construx Halo Infinite Blind Bags: Series 4!

What’s nice (or not nice, depending on where you stand on this…haha) about this series is that each figure now comes pre-assembled in the blind bag! For this series, the only one that’s not pre-assembled is the Sentinel.

Here are the characters and the codes for this series:

Though this figure is considered common, it is probably going to be very popular among collectors. Sentinel has 2 front arms and 2 rear arms. Each arm also has different points of articulations, which makes this figure pretty poseable.

This is probably the coolest figure from this series. His armor glows in the dark and it is awesome!

This figure is also unique. The whole body is transparent except for the 3 eyes. His legs also have an extra articulation, making it able to bend more.

Here is a group shot of this series:

We hope this Mega Construx Halo Infinite Series 4 Blind Bags Review has been a great information for you guys!