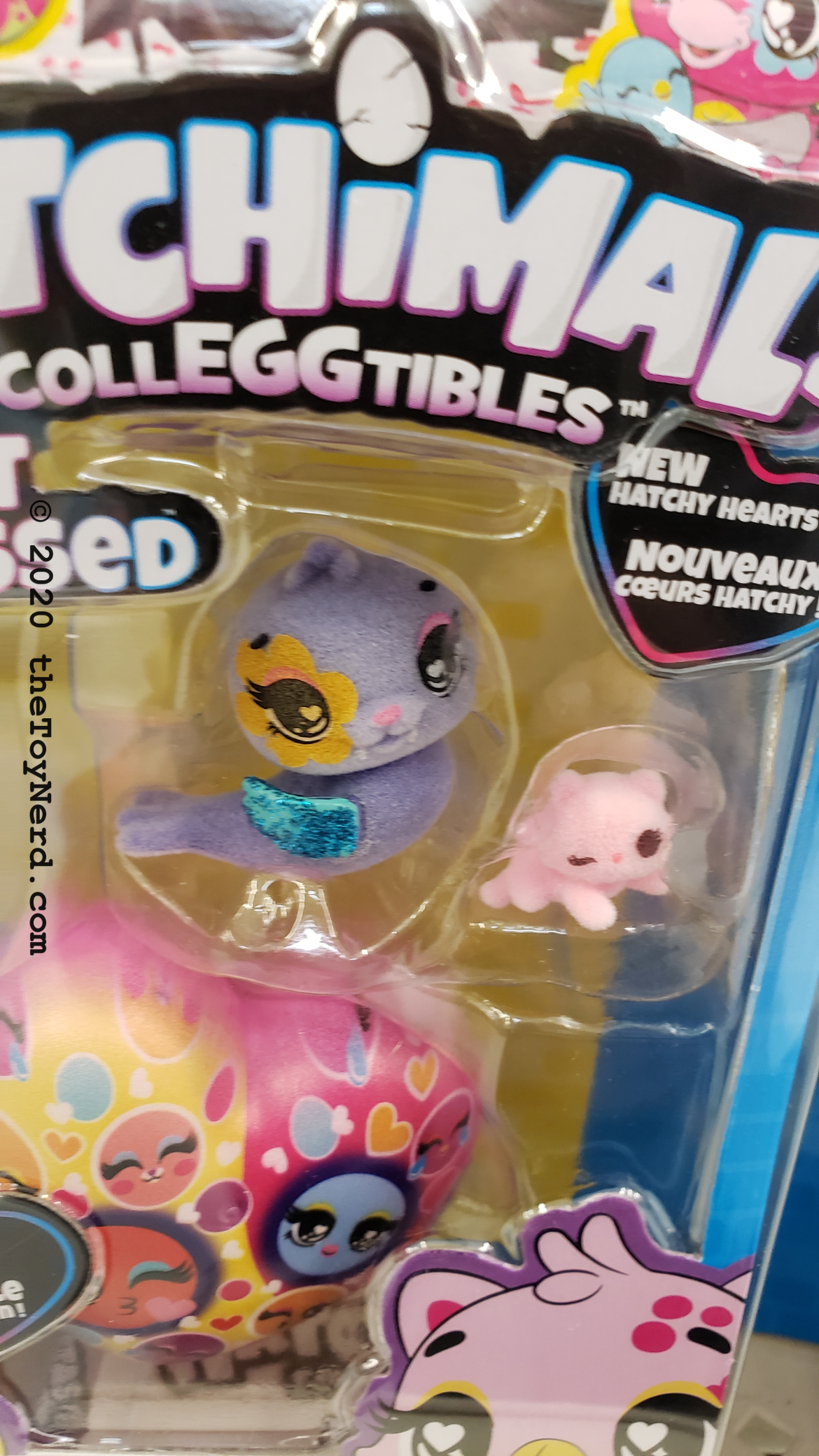 Spin Master just released the new series of Hatchimals Colleggtibles, the Hatchimals Pet Obsessed! They are available now at Walmart.

The idea is, each Hatchimal has a pet that comes with it, and it also comes with eggs that are shaped like hearts. Pretty unique idea!

I also noticed that some of these come with different rare figures, such as flocked type, glitter type, and normal type.

Check out the “eggs” that come in each package! They look so unique and highly detailed!

What do you guys think? These definitely look different than previous Hatchimals! Will you guys get some? Comment below!