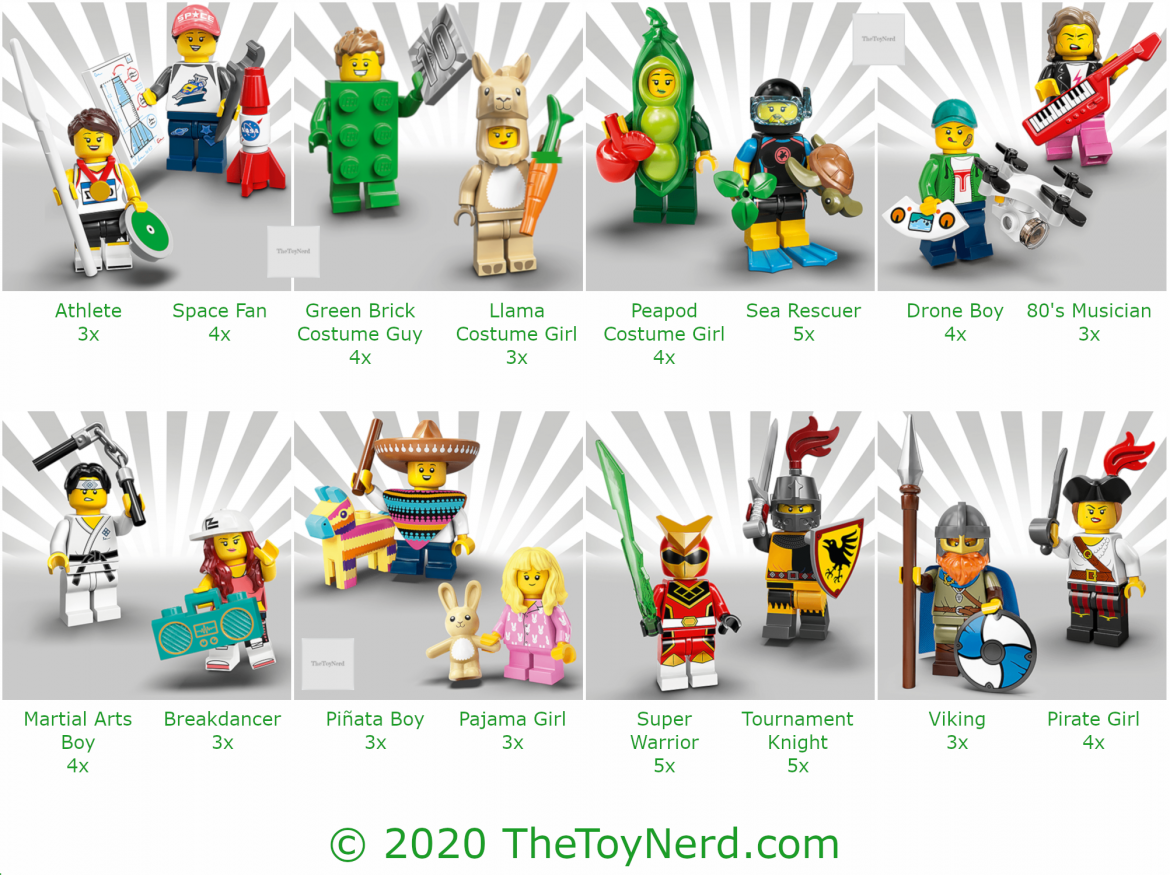 Lego Minifigures Series 20 will be out soon and we have some information on this 10th year anniversary series!

We are a bit disappointed that there is no special/unique/rare character on this series, since it is definitely for the 10th anniversary for Lego minifigures. We were hoping that Lego would do something similar to Series 10 with Mr. Gold. But they didn’t. Oh well…

And here is the box distribution for Lego Minifigures Series 20 (71027):

What do you guys think? Which characters are your favorites?