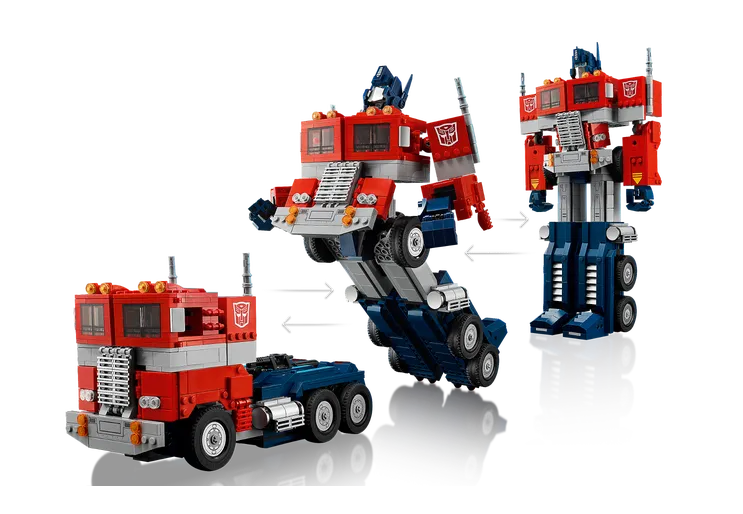 If you guys have been watching social media closely, you probably have seen some of the exciting new Lego sets that will be coming this Summer – early Fall.

But if you haven’t, you are in luck! We will be covering what’s coming in the Lego world, at least the ones that are interesting to us. Let’s get started!

This is going to be one of the most exciting Lego sets out there, along with Lego Voltron (remember the awesome Lego Voltron that was released in the Fall 2018?).

Yes, Lego Optimus Prime is going to be that awesome!

It’s about time Lego Architecture comes out with a model of pyramids, right? We are so excited about this model as well, simply because how neat it will look. This set has a lot of details that are revealed when you remove the “pyramid dome” from the model.

This set is going to be the next GWP (Gift With Purchase) promotion that will probably go live sometime late May – early June. You will have to spend $160 in order to get this cute set.

Ok, there are quite a bit of cute Lego sets out there but this one should probably make it to the top 10 cutest Lego sets ever!

This is going to be a must-have set for Marvel fans! It comes with 8 minifigures: MK3, MK25 and MK85 Iron Man suits, Tony Stark, Pepper Potts, Nick Fury, War Machine and Whiplash.

The Iron Man suits come with a new mold for the helmet. And yes, the helmet can open and close!

Ninjago’s latest season: Ninjago Crystallized comes with a lot of unique and interesting sets. The ninjas are also equipped with new armor and new weapons.

Last but not least, the Heavenly Realms from the Monkie Kid theme. Just look at how intricate and beautifully designed this set is. It also comes with plenty of minifigures to ensure lots of playability for your kids!

That’s it for today, folks. Hope you enjoyed this article!