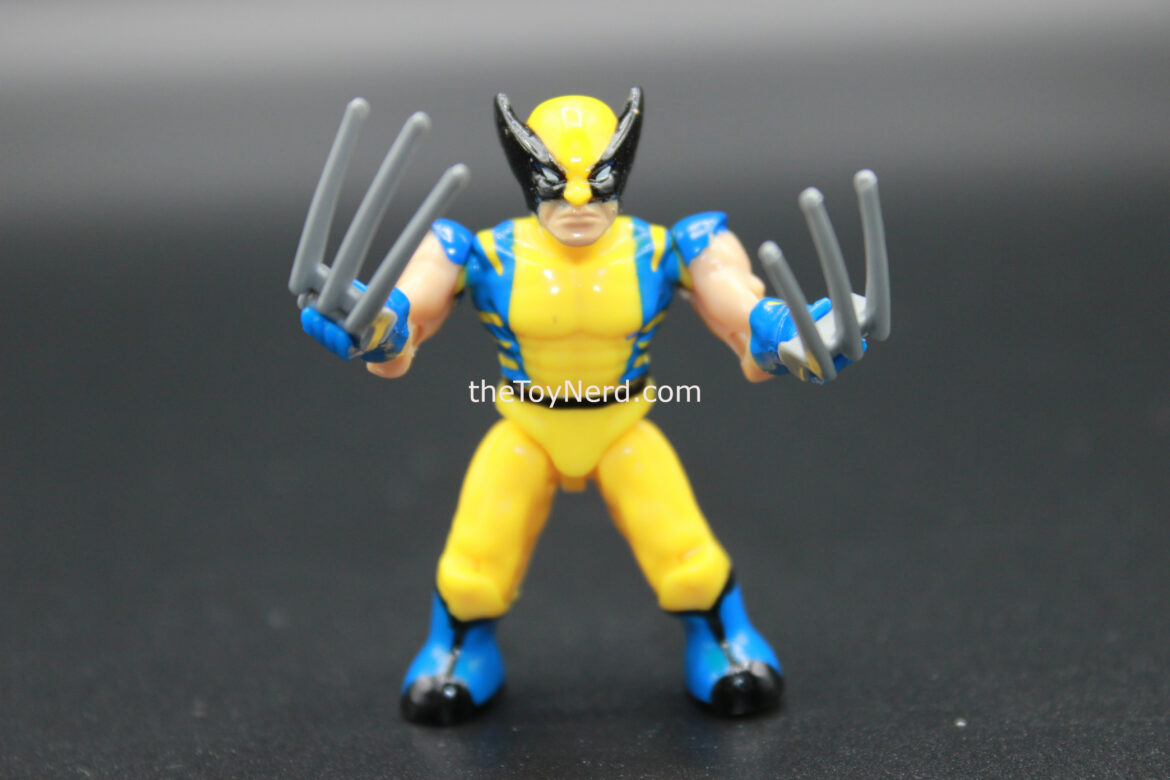 Continuing our review of Mega Bloks Marvel blind bags series, today we will be looking at the Ultra Rare figures from each series.

Each series has Common, Rare, and Ultra Rare figures. When these figures were around, they would come in a box and each box has 24 blind bags. Based on our research and findings, here is how each category relates to the box distribution:

As we discussed yesterday, Mega Bloks Marvel Series 1 came with Wave 1 and Wave 2. Both waves, however, had the same Ultra Rare figure, which was the Green Goblin.

If you notice, this figure is incredibly detailed and unique. His green suit is actually not smooth on the figure, but rather, it is scale-y, like a snake skin…which is awesome! He comes with a pumpkin bomb and the glider.

Series 2 has a a very special character as the Ultra Rare figure: Wolverine! This figure is highly sought-after on the secondary market and it is currently fetching around $60 for a sealed pack containing Wolverine.

His whole body is silver in color and he comes with his surf board.

MEGA did an amazing job on this figure. It is simple, yet elegant.

That’s all for today, guys.

Thanks so much for stopping by!