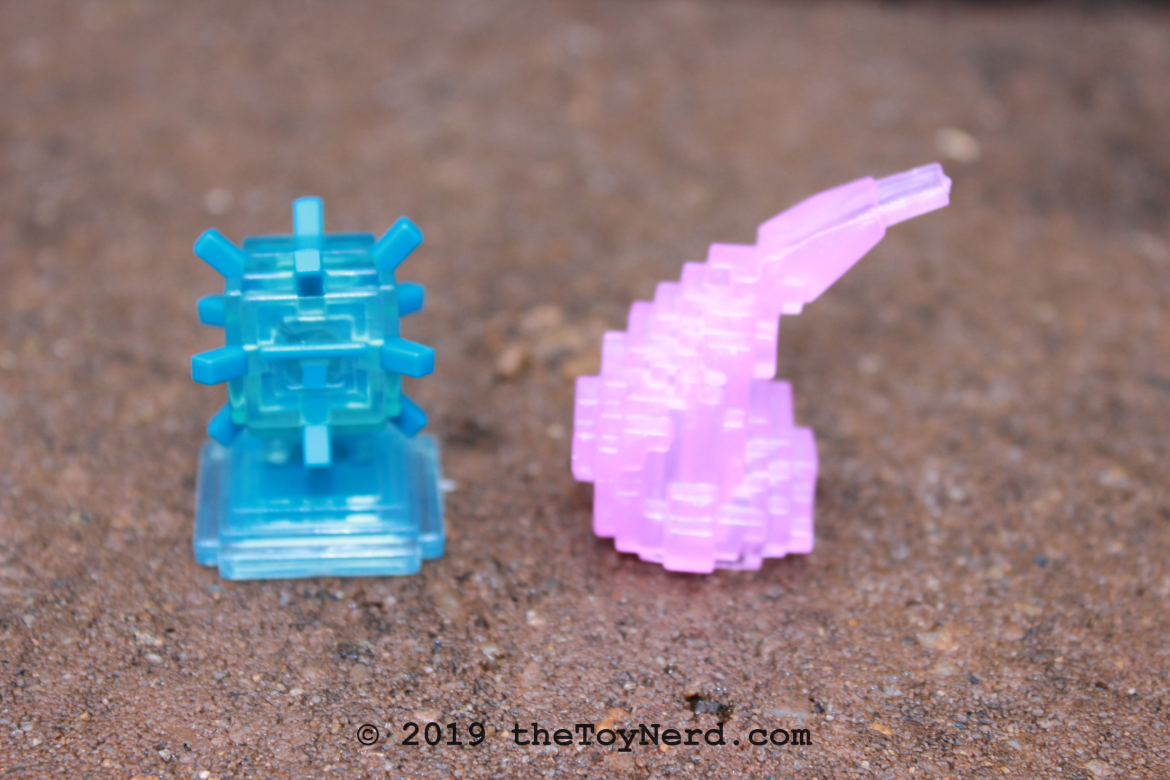 The Minecraft Mini-Figure Series is now up to Series 16 and 17. As usual, there is 1 Chase Figure that is very hard to find because there is only 1 of them in a full box of 36.

Series 16 is also called Achievement Series and it has the “10 years” logo on it, celebrating Minecraft’s 10 years anniversary.

As the checklist shows, the chase figure is called The Deep End.

The series also comes with 2 pieces each, one piece for Series 16 itself, and the other piece for building a “Build-A-Mini Ender Dragon”, as shown above.

We also noticed that Series 16 is heavier than the other Mini-Figure Series, simply because each box contains 2 pieces.